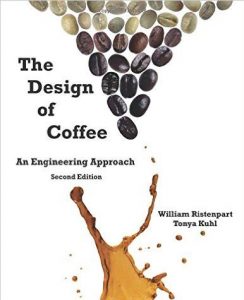 The Design of Coffee (ECM 1) provides a non-mathematical introduction to chemical engineering, as illustrated by the roasting and brewing of coffee. Hands-on coffee experiments demonstrate key engineering principles, including material balances, chemical kinetics, mass transfer, fluid mechanics, conservation of energy, and colloidal phenomena. The experiments lead to an engineering design competition where contestants strive to make the best tasting coffee using the least amount of energy – a classic engineering optimization problem, but one that is both fun and tasty!

We first taught ECM 1 as a freshmen seminar in spring of 2013 to 18 students. The Design of Coffee is now the most popular non-required elective course on campus: we taught over 1,500 students during the 2015-2016 academic year.  (For comparison, U.C. Davis enrolls about 6000 freshmen every year.)  In spring 2016 the students voted The Design of Coffee as the best general education class on campus.

What others are saying about ECM 1:

and Studying the World of Java (video part 2)
http://sacramento.cbslocal.com/video?autoStart=true&topVideoCatNo=default&clipId=11106046

UC Davis will offer classes dedicated to the science of coffee (March 14, 2014)

Engineering.com: Coffee is a good way to get students interested in engineering (December 22, 2013)