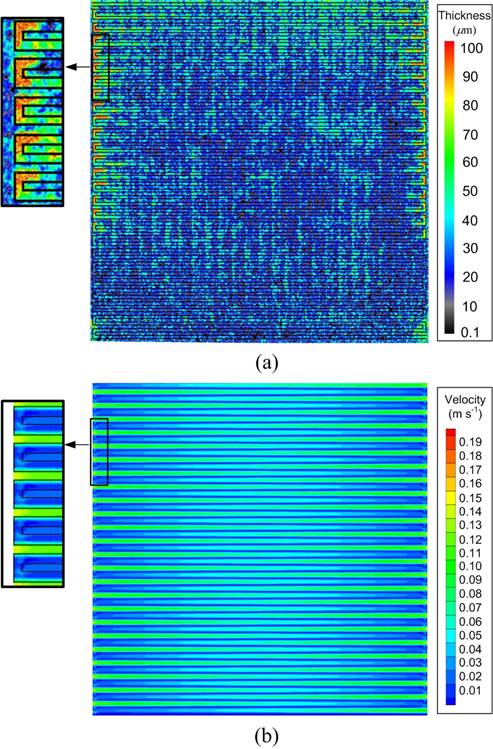 Figure 2(a) shows a 3-D vector plot at a U-turn of flow channel which is indicated as grey area. Red and green vectors represent velocities in GDL and flow channel, respectively. It is seen that the reactant velocity in the GDL is higher under the land area while it is substantially lower under the channel area. The pressure contour plot in Fig. 2(b) confirms that the pressure gradient across the GDL under the land area is much higher than that under the channel area resulting in higher velocity under the land area. As a result, the liquid water could be accumulated more easily in the GDL under the U-turn of the flow channel as shown in Fig. 1. The reactant velocity becomes slower in the downstream due to the depletion of reactant gas although present result does not show that trend by neglecting chemical reaction. It may be concluded that the thick liquid water accumulations (horizontal and vertical strips) observed coinciding with the anode and cathode channel areas exist in the GDL adjacent to the flow channel except for the water in the membrane. 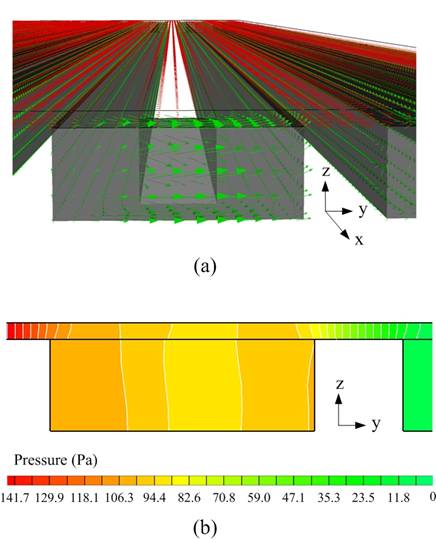