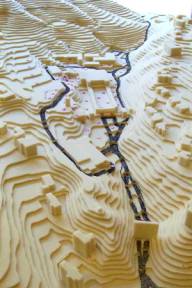 The use of wind tunnels to study the effects of wind near the earth’s surface began some ninety years ago when a scientist named Irminger placed a model house in a small wind tunnel to measure wind pressures against the model. Since then, many attempts have been made to develop useful laboratory representations of the highly variable atmospheric winds.

Early researchers employed tunnels derived from aeronautical wind tunnels that simulate steady wind flow situations such as the flight of aircraft through still air. In the last thirty years, fluid mechanics researchers and meteorologists have discovered that turbulent boundary layer flow over the floor of a wind tunnel might provide laboratory simulation for the “atmospheric boundary layer” flow. 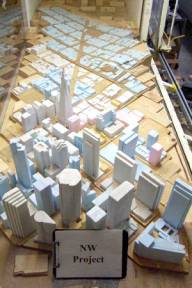 Most of the current research is conducted in one of three wind tunnels located on the University of California, Davis campus. The Atmospheric Boundary Layer Wind Tunnel can model flow near the earth’s surface.  The Saltation Wind Tunnel was used to model particle transport in air quality studies; this tunnel was donated to UC Merced in 2013.