Liquefaction-related damage occurred throughout the Moss Landing area, on Monterey Bay, during the 1989 Loma Prieta earthquake. These photos illustrate a range of ground deformations and their effects on the infrastructure of this community. 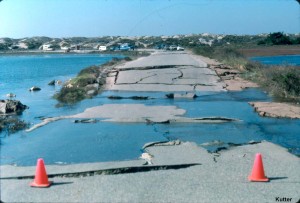 A short portion of the access road to the State Park slumped with its supporting fill materials flowing outwards on both sides due to liquefaction. The collapsed portion is where the roadway crosses a former channel, which had been filled with loosely dumped sand. 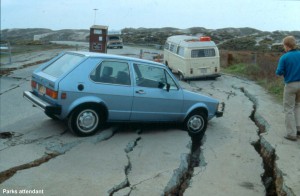 Lateral spreading and settlements due to liquefaction caused extensive ground cracking near the entrance kiosk to the State Park. 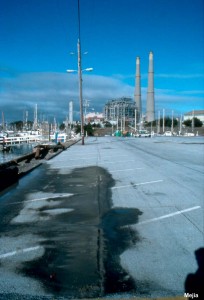 Along the west side of the Harbor Office parking lot, liquefaction caused minor cracking parallel to the water edge. Sand boiled to the surface along the cracks. 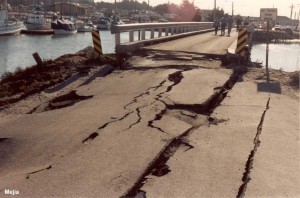 The approach abutment to the 1-lane bridge was badly deformed and slumped due to liquefaction of the underlying fill and native sands. Utility lines that passed across the bridge were all severed at the abutments. 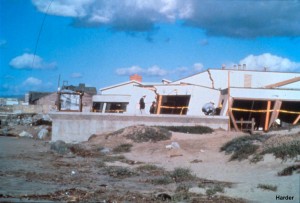 Lateral spreading at the Marine Laboratory site caused the building foundation to spread apart by about 1 to 1.3 m. This wood frame building was almost torn apart, but thankfully did not collapse. 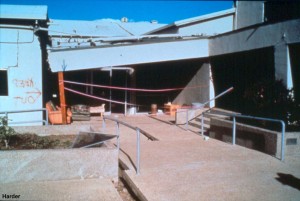 A closer view of the Marine Laboratory shows the structural damage due to the lateral spreading of its foundation. 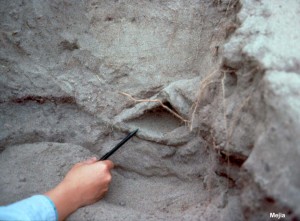 Test pits on the south side of the Marine Laboratory exposed several features associated with soil boils. This cavity was formed by the upward flow or boiling of water from liquefied soils deeper in the ground. Finer grained soils lined the cavity walls and kept it intact after the boiling had ended.