The waterfall in the river channel did not exist before the earthquake, but rather resulted from about 6 m of fault offset in the bedrock. The fault cut across this bridge, separating the supporting columns and causing collapse of the decks. 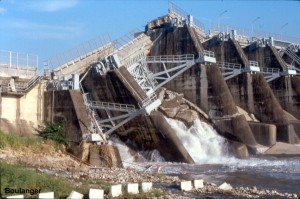 About 9 m of fault offset developed across the Shinkan dam. 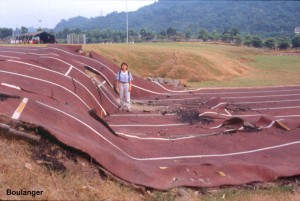 About 2 m of vertical offset developed where the thrust fault cut across this track field. Notice that the surface rupture is limited to a relatively narrow zone, with very little deformation of the ground surface on either side. 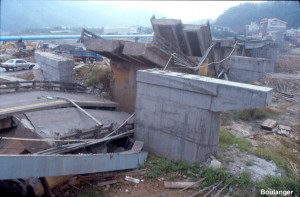 The fault rupture at this location produced a very broad pressure ridge, with ground deformations being distributed over a zone at least 100 m wide. The deformations moved the supporting piers and caused collapse of the bridge decks. 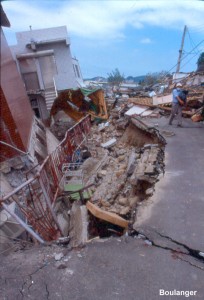 Surface rupture along the foothills in the city of Fengyuan also developed over very broad zones, causing severe damage to buildings located in the deformed zone.