Subsidence of large areas occurred during the 1999 Kocaeli earthquake in Turkey. The subsidence developed where the faulting made a “step over” or bend in its path. In this case, the largely right-lateral fault movements on either side of the subsided zone produced a zone of extension (tension). The land mass in this extensional zone then settled vertically like a large graben. 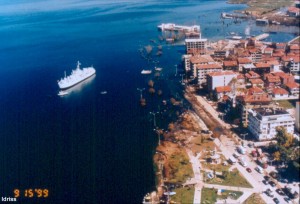 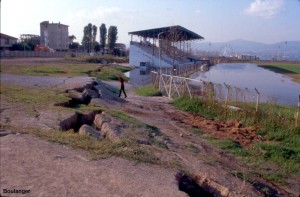 A surface rupture with 2 m or more of vertical offset passes along the inland edge of the subsided zone at this location. The track field on the right (see the grand stands in the middle of the photo) is covered with water from the sea. 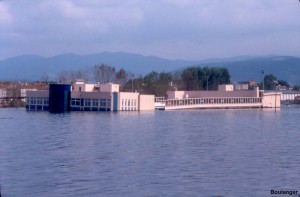 This recreation complex was only accessible by boat. 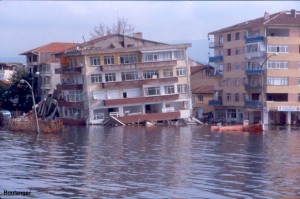 Buildings found themselves along a new shoreline. The former waterfront is marked by the light stands in the water. 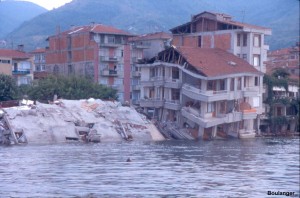